Most Overrated Fantasy Players for 2017 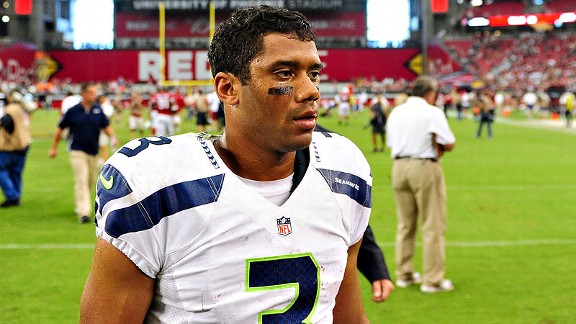 As the fantasy football season approaches, owners know there are always players who look good on paper, but should be avoided if you plan on competing for that elusive fantasy championship. Below, are a handful of guys who, while talented, should be left alone on draft night, or at least selected much later in your draft than they have gone to date.

QB: Russell Wilson, Seattle…If I were building a real NFL team, Wilson would be towards the top of my list at quarterback. He is an absolute winner who makes his teammates better and always seems to find a way to come out on top. However, we aren’t talking real life here, we’re talking fantasy. And in fantasy, what matters is numbers, not intangibles. Wilson simply does not put up the numbers to justify his current top four fantasy status at his position. He was the 14th highest scoring fantasy QB last season and threw for the 17th most touchdowns. That will hurt if you draft him in the fourth or fifth round, which is his current average draft position.

RB: Lamar Miller, Houston…Miller is being snatched up in fantasy drafts in most third rounds, but history says owners might be disappointed with his production. He ranked 16th in fantasy scoring among running backs last season, with just over 1,000 rushing yards and only five TDs. Miller has broken the 1,000 yard plateau in just two of his five seasons.

WR: Sammy Watkins, LA Rams….Many fantasy owners and experts have Watkins slated as a WR2, WR3 or starting Flex. While unquestionably talented, he has yet to prove he can put it all together. On top of that, Watkins missed eight games last year due to a Jones fracture of his left foot. He then needed a second surgery on the foot in January. That’s not a promising sign for a wide receiver who will also see a downgrade at the quarterback position. Watkins goes from Tyrod Taylor to the young, unproven Jared Goff. Owners would be wise to think twice before counting on Watkins to produce at a high level in 2017.

TE: Tyler Eifert, Cincinnati….Like Watkins, Eifert is a shiny object in the window that is tough to resist. But, also like Watkins, Eifert has been fragile and inconsistently productive. Eifert has been ranked as a top six tight end on many pre draft lists, while coming off the board in the fifth or sixth round. Eifert did have a strong 2015 campaign. But, putting your money on Eifert to instantly return to that level, despite playing only eight games in 2016 due to ankle and back issues , is a very risky proposition.